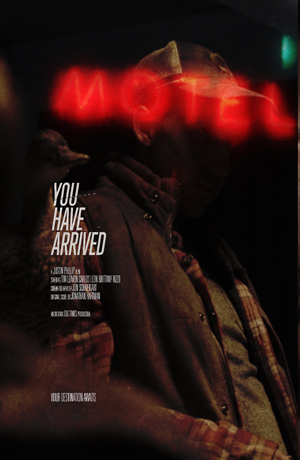 Four Friends are led astray by their GPS and find themselves in a dangerous and lethal place…..

YOU HAVE ARRIVED is a thriller/horror film about a group of four friends who have found themselves well of the beaten path, in the creepiest motel at the edge of nowhere.   Their reliance on technology has betrayed them, and put them in a terrible and dangerous situation.  But who’s to blame?  The people manipulating the technology, or the travelers unwilling to believe their very eyes?

I first met director Justin Phillip on the film BEYOND DOUBT, and it was a real pleasure to score his short film and work with him on his directorial debut.  YOU HAVE ARRIVED is being developed as a feature film.