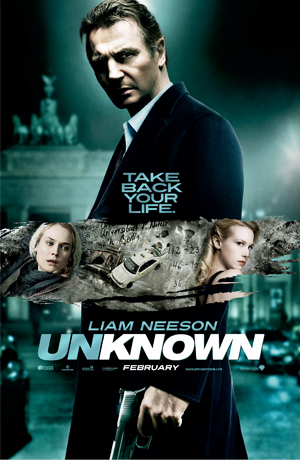 A man awakens from a coma, only to discover that someone has taken on his identity and that no one, (not even his wife), believes him. With the help of a young woman, he sets out to prove who he is.

Back when I first decided I wanted to pursue film music, I made several trips out to Los Angeles.   I met a number of established Hollywood composers, including one of the biggest, John Ottman.  I quickly found out he was a great guy, in addition to an amazing composer.  On each subsequent trip I would have lunch with John, and he encouraged me to move to Los Angeles.    Once I finally made the move, I began working for him, assisting him in all sorts of technical endavors: rebuilding his studio, sample libraries, templates, and general upkeep so he could focus on writing.   It was an invaluable education being around him, seeing how a composer works on studio films in this industry.   He gave me my start in this town.    I have great respect for him personally and professionally, and am always amazed by the music he composes for films.